60% of consumers do not understand smart TV 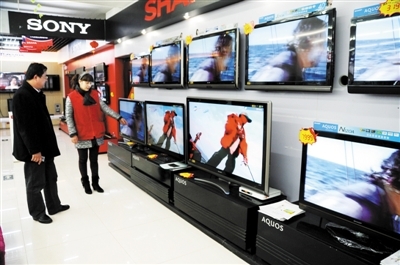 However, according to a zero-point survey conducted by 20 white-collar companies in 25 key cities in Beijing, Shanghai, Guangzhou, Chengdu and Nanjing who have purchased smart TVs and have demand for television purchases, 60% of consumers are still insufficient for smart TVs. To understanding.

According to the survey, among the many functions of smart TVs, the most prominent demand of 88% of consumers is a€?online demand viewing of television dramasa€?. The second function most valued by consumers is a€?receiving television programsa€?, accounting for 77.9%; external devices (smartphones, PADs, computers, etc.) account for 76.2%; external mobile hard disks or players rank fourth, accounting for 69%. %. In contrast, the demand for downloading and using various applications from the app store is significantly lower than other consumers, but it also accounts for 51.9%.

70% of users think that the experience is poor?

The reason why smart TVs are "intelligent" is based on the intervention of Internet functions. However, the zero point company's survey results showed that nearly 70% (67.5%) of consumers think that the most important thing is to do a good user experience, and only 3.7% of consumers believe that the most important thing for smart TV is to develop more application features.

Nearly half of the respondents reported that they often encountered inconvenience in the use of smart TVs in the process of using smart TVs. They turned pages or opened applications and they were slow to run. Cards and cards often appeared. Another 30% of them reported that they were downloading. The poor display of the application program and the chaotic design of the interface; the number of people with poor precision such as voice manipulation, face recognition, and gesture recognition reflected a relatively small number of people, but it also accounted for 21.3%.

Suggest that television companies should do a "simplification method"

"Interface design chaos, difficult to find content" and "smart applications running slow" are most likely to become barriers for consumers to buy smart TV, about 70% of consumers said they may give up because of these two factors. At the same time, a€?downloaded applications with low definition and poor TV compatibilitya€?, a€?unreasonable remote control design, inconvenient operationa€? and a€?slow-moving channels when watching television programsa€? have a greater impact on consumer purchases.

Liu Buchen, an expert in home appliances, said that the essence of television is the tool used to display TV program signals and video images. The Internet is just an additional function. This is the reason why consumers have bought smart TVs, but the reason for the low activation rate of smart features is.

According to industry sources, in the new round of market competition, color TV manufacturers should pay more attention to the needs and experience of consumers. TV is not as much as possible, the better, it is not the more applications, the better, color TV companies should consider doing a "simplified method", to provide consumers with easy-to-use smart TV is the top priority for color TV companies.

MLF is fully capable of providing high-quality AC adapter with the power arrange from 3W to 120W .All of them meet the  worldwide safety and EMC standards as UL FCC CE GS BS CCC SAA, KC, PSE  etc , and comply with the latest Rohs &Reach also. The AC adapter widly use in the field of telecommunications, audio/veido products ,IT & computer peripherals ,home appliances , LED lights ,toys ,and medical equipments .MLF has different designs to suit the conditions of the AC adapters used in various lines.and each power state there are several models for selection. meanwhile MLF also welcome OEM/ODM projects including customized AC adapters.