From 1.5 billion to less than 5 million. 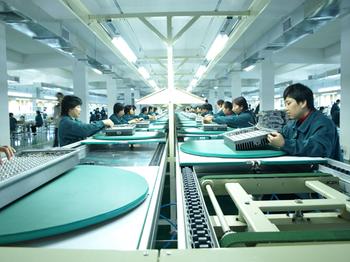 Last night, QinShang Optoelectronic released an announcement saying that due to the slow progress of the "Xinhua Frequency Media LED Display Project", the company signed a cancellation agreement with Guangzhou Ji Cai Culture Communication Co., Ltd. (hereinafter referred to as "Ji Cai Company"). This means that Qinshang Photoelectric Co., Ltd.'s initial five-year contract for a total of 1.5 billion yuan was completed when only 4.667 million yuan was completed.

"However, due to the market's lack of effective demand for LED display, LED display business intensified competition, the government's approval of screen construction applications is more stringent and cautious." All need to be individually approved, and LED displays installed in different places are managed by different regulatory agencies. Therefore, in these actual application processes, the strictness of the government approval process and the uncertainty of the approval results led to a rather slow progress of the project. In addition, Ji Cai will carry out investment and construction of other display projects in other cities in China, resulting in substantial changes in the plans and conditions of the original agreement. From a prudent point of view, Qinshang Optoelectronics decided to negotiate with Ji Cai Company to cancel the original agreement.

According to the announcement, the original agreement was implemented on January 1, 2012, but only 4.667 million yuan was actually contracted for the entire year of 2012, accumulating 256.38 square meters of screen area.

Wei Li said that although the original agreement was lifted, Qinshang Optoelectronics and Ji Cai Company remained in contact. The display unit project of Fangcun and Zhongshan Second Hospital signed by the two parties on the basis of the original agreement was still in accordance with the aforementioned The contract signed is executed. a€?Ji Cai Company promised that its follow-up LED display projects invested or participated in the construction in Guangdong Province and other regions will continue to use Qinshang Optoelectronics as its first partner, preferring to purchase LED display screens supplied by Qinshang Optoelectronics.a€?

According to the announcement, Qinshang Optoelectronic's forecast for the third, fourth quarter and 2012 annual results for 2012 does not include any business that did not occur under the original agreement. Therefore, the agreement was lifted and the company's 2012 annual performance forecast and amendments have not been affected.

According to Wei Li, Qinshang Optoelectronics' business mainly consists of LED lighting business. In 2012, LED display business contributed less than 5% of its main business, while LED lighting business accounted for more than 90%. Wei Li also emphasized that Ji Cai Company was not a major customer of Everlight Optoelectronics, and the company did not rely on its sales contribution.

At present, the LED display industry still presents a situation of oversupply, and fierce competition forces manufacturers to voluntarily lower prices and scramble for orders.

According to industry sources, the LED display prices in 2012 fell by about 15% to 20%. In this process, the big manufacturers with the strength hope to eliminate some of the small and medium-sized manufacturers through price wars, but the price war has greatly affected the performance of LED display manufacturers. It is expected that at least 30% of the company's revenue will appear in 2012. fall back.