GSM? CDMA? Which is lower? 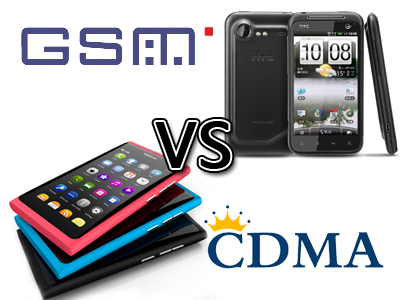 Although it is now 3G era, the user base is still dominated by 2G users. The network standard of 2G mobile phones is mainly divided into CDMA and GSM, and the impact of mobile phone radiation on the body is also passed down from 2G era. Then in the end, which of CDMA and GSM networks is lower in radiation? Today we take a scientific look to find out!

In the actual communication process, at a certain point in time, the actual transmit power of the mobile phone depends on the environment, the system requirements on the communication quality, voice activation and many other factors actually depend on the system's link budget. In the usual network design and planning, the GSM system requires that the carrier-to-interference ratio of mobile phone signals arriving at the base station is generally about 9dB for the same error frame rate requirement. Because the CDMA system uses spread spectrum technology, the spread spectrum gain encodes the full rate. The gain is 21dB (the gain for other low-rate encoding is larger), so the equivalent carrier-to-interference ratio of the signal before despreading is less than -14dB! (The CDMA system usually has a value of about 7dB for the despread signal.)

Second, the road test test description and results analysis Road test experiment conducted CDMA and GSM mobile phone in the actual communication process of the transmission power test. CDMA test handsets and GSM test handsets were dialed at the same time as the 1861, and the car radio was adjusted to the appropriate volume to simulate two-way conversations. The speed is about 40km. The GSM mobile phone samples every 480ms, and the CDMA mobile phone samples every 20ms.

The test results show that the linear average transmit power of CDMA mobile phones is 2.4 dBm (1.72 mW), the probability of transmitting with maximum power (23 dBm, 0.2 watts) is 0.2%, and the linear average transmit power of GSM mobile phones is 28.9 dBm (773%) mW), the probability of launching at maximum power (2 watts W) is 21.8%. It is worth noting that the Beijing mobile GSM network in the Beijing area is quite mature and the spacing between base stations is relatively small. GSM mobile phones can be launched with relatively low power. The CDMA network is at a stage of development. After the network is optimized, the requirements for the transmission power of CDMA mobile phones will be even greater. Primary Three, Safety Radiation Standards for Mobile Phones and Cellular Transmitter Power The influence of cell phone radiation on human body is constantly under observation and research. There are a large number of contradictory research reports abroad, and there is no comprehensive scientific conclusion at present. The current international standard (including the US FCC, NCRP, and European CENEIEC) is commonly used as the SPECIFIC ABSORPTION RATE, which refers to the radio frequency power absorbed by the body's unit mass.

Since the mobile phone is close to the person's brain (without headphones) during the call, the distance between the mobile antenna and the human brain is usually less than 15cm. The human brain is in the near field of antenna radiation. Due to the complexity of the human tissue structure, it is very difficult to theoretically calculate the relationship between the antenna radiation power and the field strength distribution in the human body. However, according to the theory of electromagnetic fields, one thing is certain. In the case of a certain structure of the antenna and the relative position of the mobile phone and the human body, the greater the output power of the antenna, the higher the electric field intensity formed in the human body, and the greater the radio frequency radiation power absorbed by the human body. . An important method for measuring the SAR value is to use a human tissue equivalent model and use a probe to measure the actual field strength in a person exposed to radio frequency radiation.

The stricter requirement for SAR is the FCC standard, and two types of radiation standards are recommended for the 30MHz-15GHz band: