The future of LED lighting industry 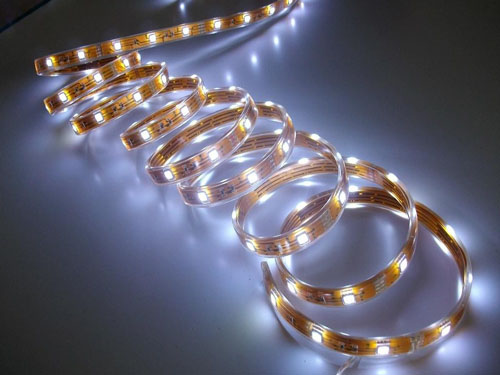 Wei Li, Board Secretary of Dongguan Qinshen Optoelectronics Co., Ltd. stated that the LED lighting industry has started a price war last year. This market cannot accommodate so many businesses. It is inevitable that some companies will be eliminated. The market cake is so big, but there are still new companies coming in. Everyone is optimistic about the prospects of this industry, regardless of their strength or weakness.

Zhang Lianxin, chairman and general manager of Qingdao Carl Optoelectronics Technology Co., Ltd., also stated that the LED industry is highly competitive in the market. The fierce competition in the industry and the rapid maturity of technology are the reasons for the price drop.

Life and death passwords Chinese investment habits have swarmed and Zhang Lianxin sees situations where there are constant peer openings and peer failures. Only on the Zhuzhou Road in Qingdao City there are five or six large and small LED companies. Last year, there was another peer closed.

Wei Li said that the LED lighting industry is currently facing excess capacity, and there are thousands of such companies across the country. The newly established small and medium-sized enterprises will be more difficult to survive. Because the LED market is characterized by engineering guidance, it has not reached the stage of self-consumption. This means that there must be the ability to advance funds, the ability to undertake projects, and the strength of the brand. These conditions are unfavorable to SMEs.

Zhang Lianxin said that the packaging companies currently located in the middle reaches of the industrial chain are most likely to fail. Because the middle reaches are relatively easy to enter and the technical content is the lowest, they are relatively surplus. If you can't achieve scale operations, you will lose or even close. "Capital strength can range from a few million to as small as hundreds of thousands. You can build a workshop-style factory. But to master the core technology and to withstand the challenges of large projects, it must be a long time to focus on this industry and become a There are many companies in the industry that have strong capabilities and have accumulated a lot of technology and projects. Such companies are also the last companies that can survive.a€? said Wei Li.

At present, in the LED lighting industry chain, upstream chips and midstream packaging are relatively surplus. These enterprises have relatively large up-front investment, and the country's policy subsidy is also relatively large. Many enterprises value the state's subsidy. After investing, the downstream application market has not yet exploded enough to make it difficult for the upstream to recover large amounts of money. cost of investment.

Wei Li said that when there is not much market in the middle and upper reaches of the country, the price of the product has started to drop sharply. The development of the entire industry chain is to do the overall price down. The biggest threshold for the LED downstream application market is price. When the technology is mature enough and the downstream price is down, the upstream enterprises are forced to make profits. However, if the price in the upper and middle reaches does not fall, there will be no orders, and the profit margin will become lower and lower. Downstream in the market is also trying to make it bigger, in order to obtain economies of scale, small profits and quick turnover, while the downstream pressure on prices are also constantly moving upstream. The entire industry chain complements each other.

Qinshang Optoelectronics, as a downstream LED manufacturer, has an initial profit margin of 40% to 50%, and its current profit margin is maintained at around 30%.

Industry shuffling and slimming are continuing. In March last year, Qinshang Photoelectric sold a stake in Shandong Weifang Holding Company. a€?Because this controlling subsidiary has suffered continuous losses, it has already formed a drag on the performance of listed companies.a€? Wei Li said, a€?The market space is limited, the project resources are insufficient, and the losses for two to three consecutive years. Because it is a holding company, it is expected to have positive results. Contributed, but the partners do not have a good business, and the significance of doing so is not great.

It is reported that Qinshang Optoelectronics sold its equity to a Linyi boss. The cooperation method with Jin Yuanqin now serves as a customer and carries out paid services. "In the LED industry, there will be several business failures each year. The same investment and scale operations, there is a large-scale market support to support the living, otherwise they can only be closed." Wei Li said, "The final phase-out of the company is the lack of operating funds, take Less than major projects, no sales revenue, and thus a vicious circle."

Some people in the industry are also worried that the LED lighting industry may become the next photovoltaic industry.

Wei Li said that the LED industry can not be said that the same as the photovoltaic industry, because the photovoltaic industry is a huge investment, pollution, the application of the market itself is not like LED this huge future. The problem with the LED market is that everyone is optimistic and there are too many influxes. As a result, the market has become saturated and surplus. In addition, there are no other negative things. The current profit space and prices have fallen faster. However, the countrya€?s support is as usual and has not changed.

UBS Securities analyst Mao Ping said that in the context of macroeconomic recovery, the overall prosperity of the LED industry chain is expected to stabilize recovery; with the improvement of domestic technology level, it is expected that the future from lighting products to chips are expected to tilt to domestic enterprises It is good for the industry as a whole.

In Zhang Lianxin's opinion, the LED industry is no problem with the Chaoyang industry, but this industry has gone through a period of free development for 10 years. The country had no restrictions on the entry of LED companies. As long as companies are willing to enter and are willing to invest, they can enter. As a product of marketization, the current status of the industry is relatively indiscriminate. After the development, the country will re-standardize. Therefore, industry norms are also imperative.

Zhang Lianxin said that by 2020, LED lighting will be used to replace the existing lighting equipment in the world. In the next eight years, whoever is the final sinking company, who will eventually emerge, the company that will eventually survive will go. Solve global lighting problems.

Classical Crystal Floor Light is a kind of floor lamp with Metal and crystal for main material. Floor lamps are generally placed in the rest area of the living room, and sofa, coffee table with, on the one hand to meet the needs of the region lighting, on the one hand the formation of a specific atmosphere. Usually, the floor lamp should not be placed in the area of tall furniture or hinder the activities of the area. These type light used E14/E27/E12/B22 lamp holder. There are many different patterns and designs for customer to choose. We can make light according to customers' requirments. 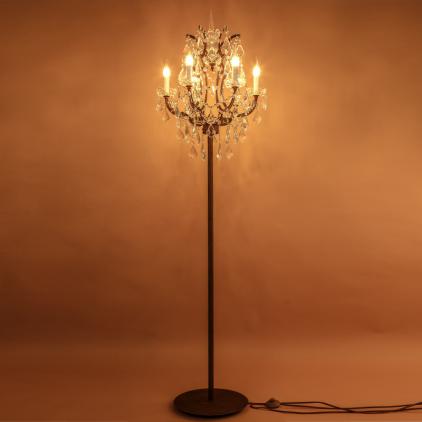 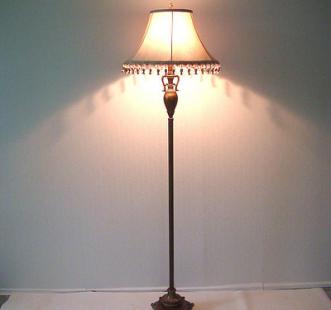