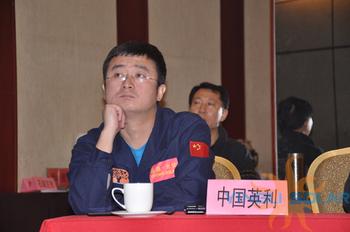 Reporter: What kind of enterprise is Yitong Photovoltaic? What are the main products? Do you briefly introduce us?

Wang Hao: Yitong Solar is mainly a high-tech enterprise, and it is also a welfare enterprise. Its main products are solar PV supporting materials and auxiliary materials.

Reporter: What do you think about the market and history of welding and junction box products?

Reporter: How does Yitong position itself in the PV market?

Wang Hao: E-Tong was established on June 29, 2005. At that time, the core equipment and processes of the photovoltaic industry all originated from developed countries in Europe and America. The end of 2003 and early 2004 were phases of rapid development. Many auxiliary materials were mainly dependent on In imports, the price is also very high, so Yitong was originally targeted at auxiliary materials that were relatively expensive. How localization is used to ensure quality, but also reduce production costs and prices. Through these years of hard work and development, the basic manufacturing methods are also getting higher and higher. Therefore, some foreign products are made under the condition that the quality remains unchanged. Reduced costs, which has a strong competitive advantage for some of our domestic industry photovoltaic manufacturers in the world arena. Reporter: What do you think of the United States' "double reverse" policy?

Wang Hao: I personally feel that the United States' policy on both sides is only some self-protection of some of the photovoltaic industry in the country. Because these years in China are a few years of solar photovoltaic applications and high-speed development, China's PV companies have achieved a very good development during this period of good use, and they have each earned a bucket of gold. Many companies have many companies listed in the country, so their scale is also very large, but in recent years, domestic companies have developed, but the US's domestic photovoltaic industry is stagnant. Moreover, some old PV companies in Europe and the United States belonged to a cutting-edge company in the industry before 2005. They are now facing bankruptcy and bankruptcy. Therefore, in the past few years, the photovoltaic market has been used and promoted all over the world. They are already falling behind. . Therefore, they came up with this policy, which is to harness the development of the domestic photovoltaic industry and cultivate their own local photovoltaic companies. However, I feel that there are some gaps between the two sides and the mandatory increase of some taxes to make up, so I feel that for some of our domestic domestic photovoltaic companies, including some supporting companies are still very confident.

Reporter: Do you think that this "two-sided" policy has a great influence on ETS?

Wang Hao: You have to say that there is no influence, and that is certainly not possible. However, in terms of supporting products, Yitong can only say that there are more customers that affect me and it really has no effect on ETS. Because the two parties are only targeting the limited scope, the solar cell produced in China and the components produced by solar energy will receive anti-dumping countervailing duties. For ETS, the main products, including exports, have not been affected.

Reporter: What new technologies and products did your company bring to us at this exhibition?

Wang Hao: The economic turmoil from the financial crisis in 2008 to the 11th year is very serious, and many problems have occurred in 2012. The direct nature of many enterprises is stronger and stronger. Therefore, Yitonga€?s development has been mainly in recent years. The idea of a€?a€?product R&D is mainly focused on how to ensure that the quality is improved and the unit cost of components is reduced. Some of the process and design concepts of our junction box are the same. I feel that there is a certain impact on our industry. We can also say a new price war and protect the reasonable profits of enterprises. Because PV companies are not very unstable in the previous years and they belong to the violent industry, they tend to favor traditional industries in the past few years to ensure that the scale of production is increased under a reasonable condition and occupy the leading position in this industry through economies of scale and through production advantages. Status, I think it is reasonable.

Reporter: What do you think about the photovoltaic industry market in 2012? Or what kind of expectations do you have?

Wang Wei: Before the explosive growth of the European PV market, the photovoltaic industry market that people are concerned about is the United States. Because the U.S. solar photovoltaic market is very large, the U.S. has risen later than Europe. This is mainly because of things before 2003. In the 12 years Europe has developed from the ground up to the roof, and every household uses solar roofs. It is the end users who are facing directly, and it is mainly for every family. It does not mean that every household is a power plant. The main business is not this. However, there are many ground resources in the United States that rely on large-scale power plants for grid connection. What is most optimistic is that people originally invested in the United States, followed by domestic ones. Because the country was in the light and engineering in 2002, when it was only to solve some of the electricity use of the userless areas, but the real large-scale investment is 05 years, in some places in Gansu to build some large power stations, but forced by the European side has been Rushing for PV products, the price was very high at that time, so the cost of investing in domestic power plants was also very high. However, at present, after two reshuffling integrations, I think it is a very appropriate opportunity for domestic intervention. As long as it can stimulate the domestic photovoltaic industry market, it should be worth supporting. After all, we still have certain ground resources. Large-scale power plants in the northwest region can all be implemented through solar power. The greatest advantage of solar power is that it will not affect the environment and it will not be like wind power. So I think that like many a€?Golden Suna€? demonstration projects in China, the statea€?s subsidies have already come down. Some regions have received some subsidy for some of their PV projects. In the case of reasonable national prices, there are also policy subsidies, so Chinaa€?s future market potential Very big. Although the market in the spring of 12 is not very good, there will be a lot of installations after the spring. Therefore, I think the PV industry will increase again at least in 13 years.